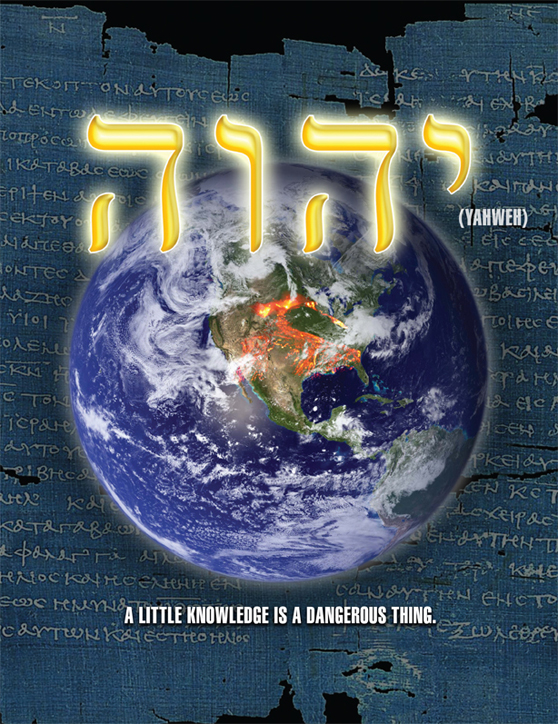 A little knowledge is a dangerous thing.
LOGLINE:


An angel is sent to earth to stop an atheist from publishing all the names of God. If the angel fails, the world ends.


An angel,  EZEKIEL, is dispatched to prevent DR. MAYFIELD PARKS from fulfilling an ancient SANSKRIT PROPHECY which foretells that, once mankind catalogues all of God's names, the world will end. Ezekiel (ZEKE) meets and falls for ANABEL SERAPHINA, Dr Parks’ assistant.
The DEVIL sends his favorite minion, ABBADON, to insure the success of Parks’ project. As Parks’ computers compile the list, the Earth is ravaged by natural disasters of biblical proportion, Abbadon takes Anabel hostage and taunts Zeke to rescue her.


Zeke descends into Hell and confronts Abbadon. A legion of HELL HOUNDS attacks Zeke. At the pivotal moment, a cloud of SERAPHIM comes to Zeke’s aid.  Zeke trades Anabel’s life for the final name of God.
The prophecy proves false. Dr Parks’ computers self-destruct. Abbadon realizes his master has been duped in order to demonstrate God’s primacy. Abbadon and Zeke wage a furious battle, a giant fissure swallows Dr Parks’ lab, the computers, and with them, all the names of God.

Posted by Stephen Rustad at 9:58 AM No comments: