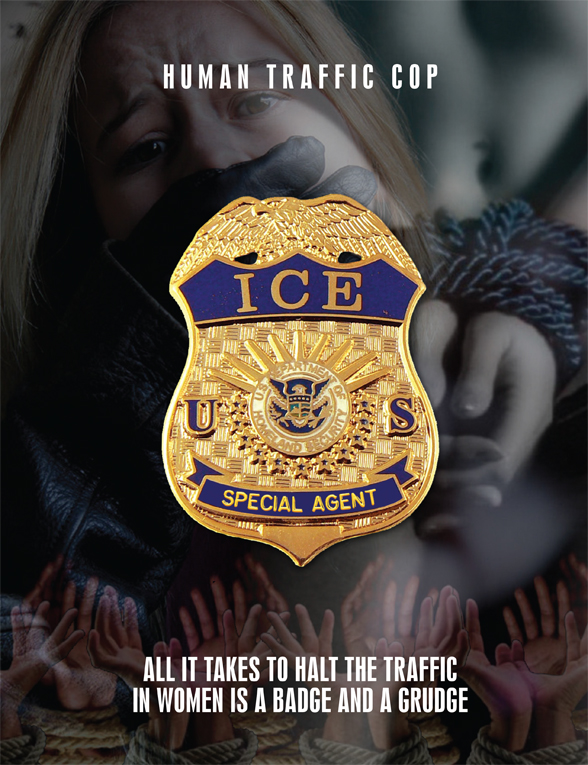 All it takes to halt the traffic in woman is a badge, and a grudge.
LOGLINE:

A kick-ass Immigration and Customs Enforcement agent with anger management issues topples an untouchable French diplomat who heads an international ring that traffics in women for the sex trade.

JENNIFER RODRIGQUEZ’ mother was kidnapped and forced into prostitution, Rodriguez escaped a vicious Puerto Rican pimp, smuggled herself into to the United States, and enlisted in the Army by the age of seventeen.

Today, Rodriquez struggles to cope with the symptoms of severe Post Traumatic Stress Disorder that stem from both her childhood and a tour of duty in Iraq. When transferred to the Port of Oakland by a sympathetic supervisor, Rodriguez uncovers an international ring that traffics in women and forces them into prostitution.

With the help of a disillusioned C.I.A. agent with a score to settle, Rodriguez goes deep undercover into the Marseilles underworld to expose the head of the sex-trafficking ring - a prominent French Politician and head of a United Nations subcommittee on human-trafficking.