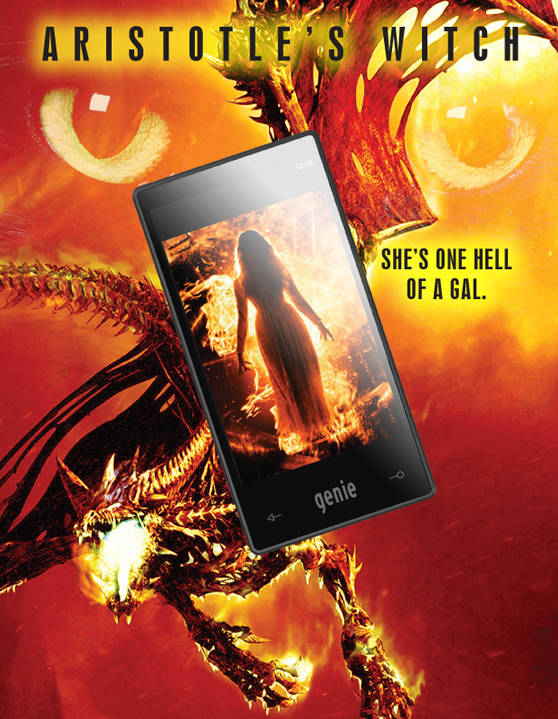 She’s one Hell of a gal.
LOGLINE:
When a two-thousand-year-old witch won’t hand over the ultimate book of spells to an ancient fraternity of sorcerers, the sorcerers recruit an unsuspecting forensic scientist in a plot to kill her. The plot backfires when the witch and the scientist fall in love.

SYNOPSIS:
MEGAN FAUS T, C.E.O. of General Integrated Electronics, the world’s most successful maker of  smartphones. Her secret: the phones are powered by magic incantations that Megan has taken from Aristotle’s Grimoire, an ancient book of powerful spells that Megan stole from the book’s namesake, Aristotle.
PONTI, one of an ancient fraternity of seven sorcerers known as the GNOSI, hires SCOTT FARADAY , a forensic scientist, to investigate what Ponti supposes to be the GenIE smartphone manufacturing facility located in a remote desert. Megan appears in the desert an effort to thwart Scott’s investigation.
Instead, the two become trapped in a subterranean labyrinth where they confront a fire-breathing dragon sent by Ponti to kill Megan. The battle with the dragon heralds a spellbinding series of adventures that culminate in a final battle between Megan and the Gnosi for possession of Aristotle’s Grimoire and perhaps the future of the world
CONTACT: steve@rustadmarketing.com